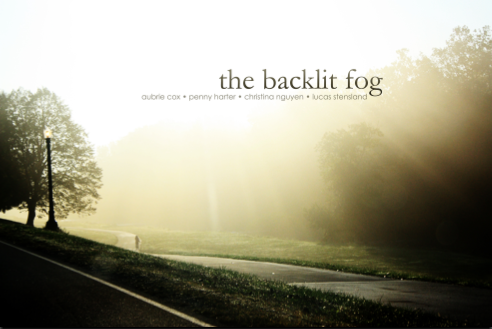 To commemorate the occasion, as it really did make my day, I took my ten favorite haiku and arranged the into a little collection simply titled, “the backlit fog.” Poems by Penny Harter, Christina Nguyen, Lucas Stensland, and myself were all written within several hours after I posted the pictures. They, along with all the other poems are still on my Facebook page. I’m honored to be in such good company!

3 thoughts on “the backlit fog”